Now there will be a vote in Congress to allow the private sector to take vacation time instead of overtime pay. Which choice do you prefer? 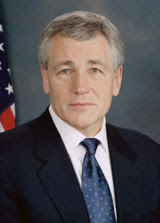 This is whom I think will be Obama pick as United States Secretary of Defense. What say you?
Posted by LET'S TALK at 4:21 AM 31 comments:

From The Fox Mouth!

So this is how McCain and Fox reward their looser, but more important this was the kind of information withheld from the average Joe.

McCain and Fox knew Sarah Palin did not qualify to be Vice President as was George Bush. They withheld information vital to Americans making the right decision based on facts and truth.
Posted by LET'S TALK at 1:24 PM 31 comments: 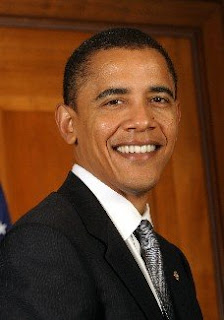 McCain Lays The Smack Down To Sarah Palin

Can Palin Answer A Question Without Talking Points?

Brian Williams asked Gov. Palin a simple yes or no question: "Back to the notion of terrorists and terrorism, this word has come up in relation to Mr. Ayers -- hanging out with terrorist – domestic terrorists. It is said that it gives it a vaguely post uh 9-11 hint, using that word, that we don’t normally associate with domestic crimes. Are we changing the definition? Are the people who set fire to American cities during the ‘60’s terrorists, under this definition? Is an abortion clinic bomber a terrorist under the definition?". See Oxdone Gazette

Palin went all around the question and brought up Bill Ayers...is there some type of talking point that includes Bill Ayers with every answer?

Why don't she talk about the fact that her husband Todd Palin, who was registered in October 1995 to the Alaska Independence Party, a radical group that advocates for Alaskan secession from the United States...what would she categorize Todd as?

There is something about the McCain ticket that rubs a lot of Americans the wrong way and for McCain to pick Palin as his running mate, tell some Americans that he is not handling his campaign in a logical way...what say you?

Do They Need A Hug Or What? 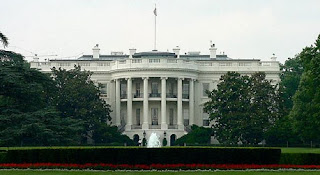 Before I say anything, I wish that others would visit FRANIAM and see the hate this country has sunk too.

S.W. Anderson at Oh!pinion provided this link of a polling place in North Carolina where voters were harassed by McCain supporters.

ACORN, thanks to McCain and the Republican party, has started to receive voicemail from some Americans. I first thought that maybe they needed a hug, but I decided that hate cannot be swept away with a hug. These two voicemails are from
People For the American way.